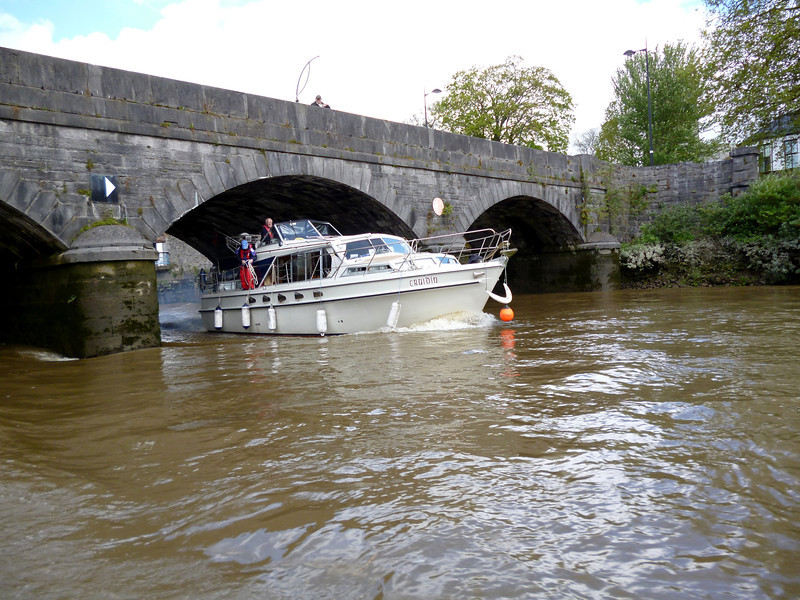 Monday, 7th May, 2012. Six boats that made the trip to Limerick as part of the IWAI Crusing Club CIC to Limerick commenced the return leg. As usual, Pat Lysaght (now styled 'River Pat') escorted them out of the Custom House Quay and up the Abbey River through the five bridges in the heart of the city.

What made this time different was the fact that Pat was also packing his digital camera and manged to record photos of some of the boats as they passed under the various bridges.